Inadequate consumption of whole grains was one of the top three causes of diet-related deaths in North America and in the world, according to a study done for the Global Burden of Disease Study 2017. Cardiovascular disease, cancer, and type 2 diabetes were the leading causes of these deaths.

The Problem
High death rate due to diet
Poor diet is the cause of 20% of human deaths around the world. Diet-related illnesses include cardiovascular disease, cancer, and type 2 diabetes.

The Cause
Low intake of whole grains
In the previously mentioned disease study, scientists analyzed the nutrition of diets from people around the world and compared them with the recommended intake. Low whole grain and fruit consumption, along with high sodium consumption had the biggest disparities and were the leading causes of disease.

The Solution
Rethinking agriculture
If the grain industry changes its agricultural system, it can support whole grains again. One way to do this is by implementing regenerative agriculture, which, through natural processes, improves soil and crop health. Healthier soils and crops means more nutritious grain for the consumer.

In Summary
We have a serious health crisis on our hands. The first step toward solving this is shifting back to agriculture that supports whole grains. A healthy environment and body creates a healthy world all-around.

The Result
A more diverse system and healthier people
A diverse agricultural system that favors whole grain products will lead to increased availability of whole grains, and therefore increased consumption. This, along with other improved nutrition, can help lower the number of those affected by diet-related diseases and death.

Rooted in sustainability, regenerative agriculture is a system of farming that aims to restore and conserve the soil and environment in which crops are grown. It uses a holistic approach, creating a cycle of farming that enriches rather than degrades the soil, supports instead of getting rid of insects and other biodiversity, and builds an intricate system rather than simplifying it. As Golden State Grains, we hope to encourage California farmers to include grains in their farming system. Grains provide a myriad of benefits to a system, including being a successful overwintering crop and a source of protection from erosion and runoff post-harvest. Below we go in depth on the steps toward and benefits of regenerative agriculture. 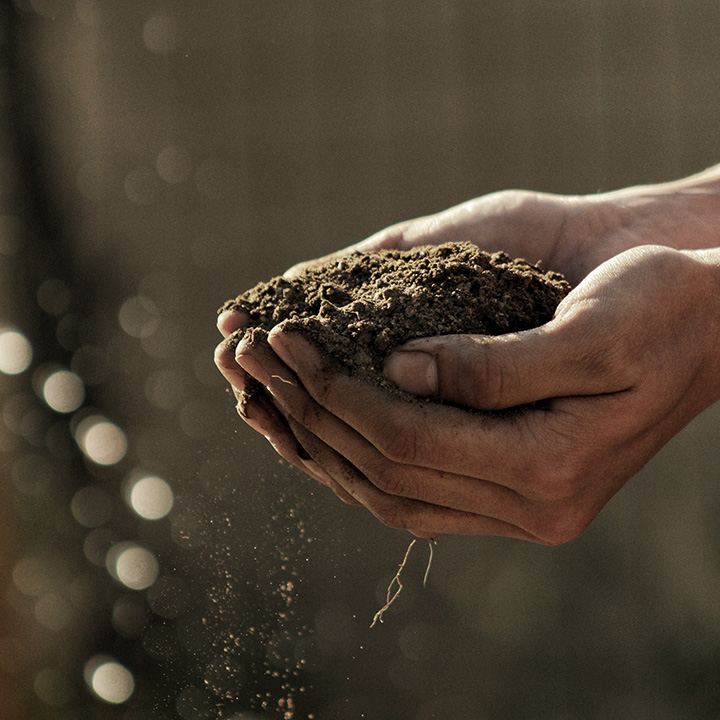 Everything Starts with the Soil
Soil health is determined by the living and nonliving factors below ground. A variety of micro fauna exist, such as bacteria, fungi, and decomposers. These organisms run processes that are helpful to plant growth, like fixing nitrogen and aerating the soil.

When diversity of soil organisms exists, providing ecosystem services for the soil, plants will thrive and the farmer needs fewer synthetic additives like pesticides and fertilizer. The natural system takes care of itself. 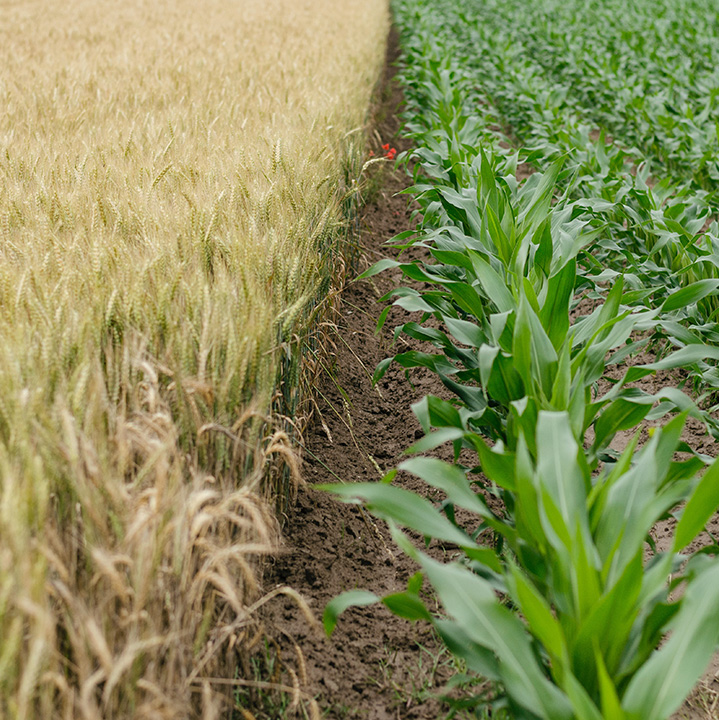 Some practices of biodiversity in regenerative agriculture include multiple levels of growth, cover crops, and rotational crops.

For example, grains are often grown as overwintering crops. Especially advantageous when grown in succession with legumes, grains use nutrients from the soil later in the year when many other crops no longer need such a large amount. Straw left on the field post-harvest contributes carbon to the soil and is beneficial in reducing pests, soil erosion, and water runoff. 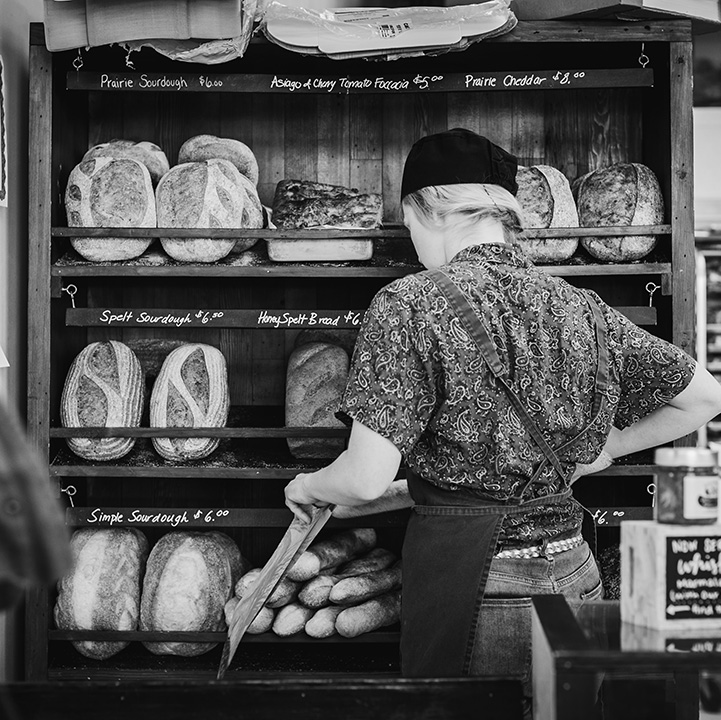 Develop a Supply Chain
Regenerative agriculture depends on growing a myriad of crops on the same farm. The current food system favors monocultures in which large farms grow a small number of crops, each grown in large fields often surrounded by other large farms that are growing the same small number of crops.  Monocultures are more vulnerable to pests and are less likely to regenerate healthy soil and protect the environment. We need to develop a supply chain that rewards growers who grow a variety of crops in the same space.

This supply chain needs to include growers, processors, and consumers. For grains this means seed suppliers, farmers, millers, bakers, and then consumers. 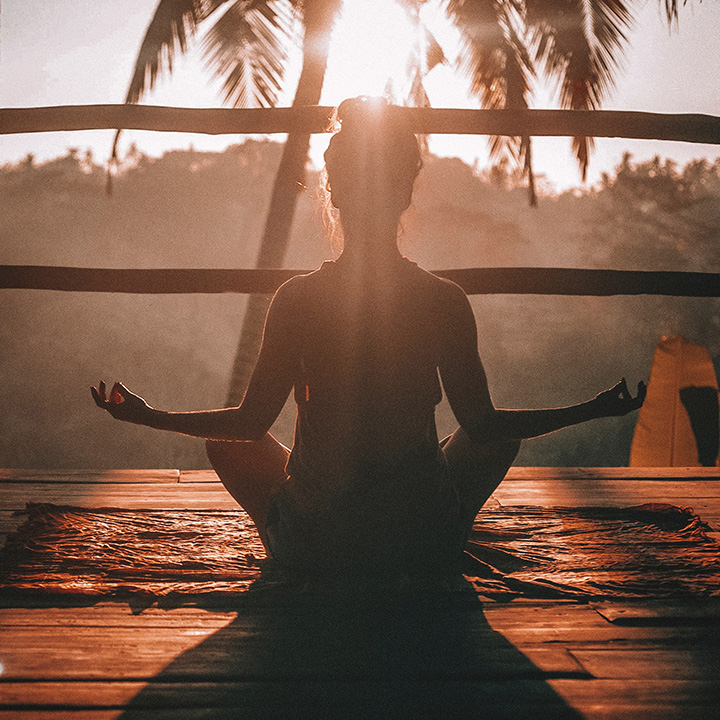 Improve Human Health
When fields are planted with the same crops year after year with no rotation and no variation, nutrients like nitrogen are unable to regenerate in the soil naturally. Without rotation and nature maintaining the needed nutrients, the only choice that remains is to chemically add what has been depleted. However, in regenerative agriculture, each crop in rotation also contributes something back to the soil, allowing the soil to be replenished naturally without severe depletion and artificial enrichment. 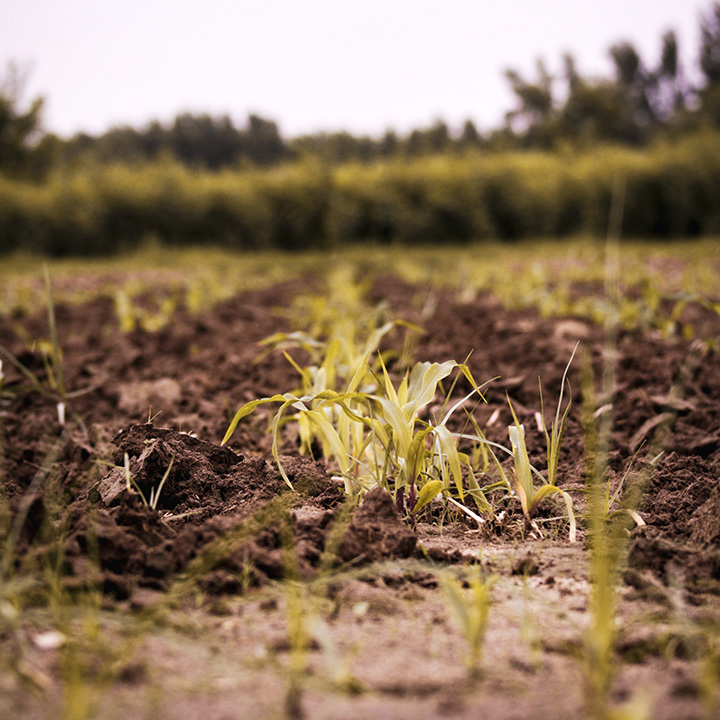 Recycle and Return to the Soil
To "regenerate" means to restore and create again. Therefore, the idea behind regenerative agriculture is the continuous renewal of soil, its nutrients, and its processes. Unlike in monoculture systems, where a new chemical cocktail is needed each year, a regenerative system pays the soil health forward year after year.

Rotating crops, keeping plant residues covering the soil, and refraining from tilling are all strategies aimed to regenerate successful crops. This allows growers to retain fields for agriculture instead of further desertifying it.

There is no final step in regenerative agriculture. Instead, it acts as a positive feedback loop that rebuilds from the soil up.

The 4 Macro-nutrients found in Whole Grains

As opposed to just protein and carbohydrates in refined grains

Protein
A source of amino acids for building proteins in the body, dietary protein can be found mostly in the endosperm of grains.

Fats
Healthy fats, like those found in the wheatgerm, are a source of concentrated energy for the body.

Carbohydrates
In the endosperm, these include starches and small amounts of sugars, which are readily available to digest and use as energy.

Fiber
The bran supplies insoluble and soluble dietary fiber, both of which are important for the digestive and immune systems.

The USDA recommends 6 servings of whole grains everyday, with a minimum of 3 servings. Also, read the 2020 Dietary Guidelines.

Adults
An estimated 8% of all American adults get the 3 minimum servings of whole grain recommended.

Children
Only 3% of all American children get the 3 minimum servings of whole grains recommended.

All Americans
About 40% of all Americans do not get any whole grains in their diet. The other 60% get at least 1 serving.

How can we make Whole Grains available to everyone in the markets where they shop?

The first step, as always, is to educate. Exposure to the benefits and baking potential of whole grains will allow the market demand to increase; and where demand goes, supply follows.

Educate & Introduce
Educate and (re)introduce the public to whole grains, their benefits, and their deliciousness

Mill, Bake & Sell
As whole grains become available in the market, they can be sold as grain flour, or baked products.

Grow Local Economy
These whole grains can be kept within a region, helping local farmers, millers, and bakers.
Sign up For our Newsletter