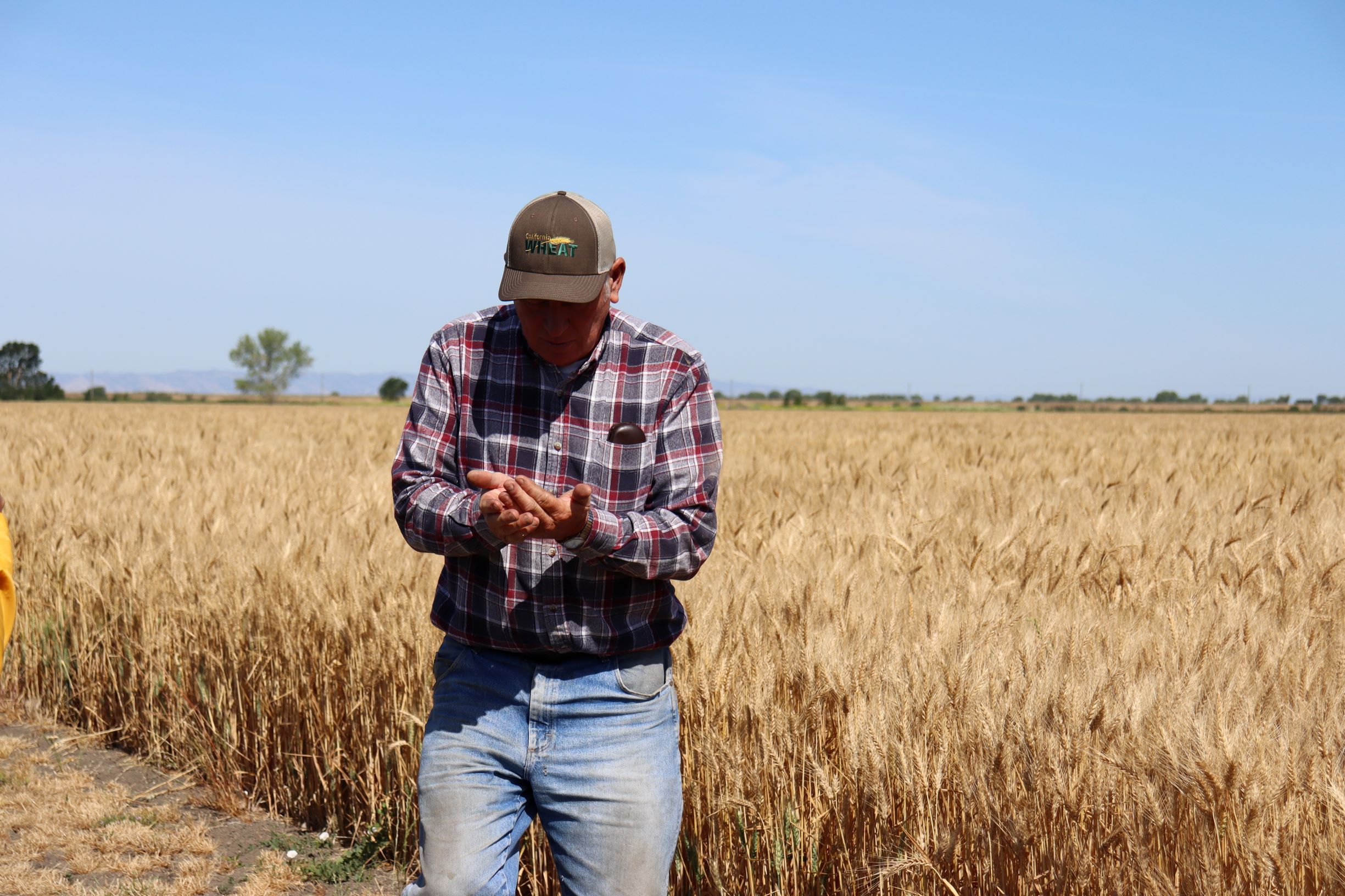 Soured by years of unprofitable wheat prices in commodity markets, California farmers are increasingly looking to sell their wheat locally and to specialty markets that cater to artisan bakers, chefs and home cooks who want something different than standard flour—and are willing to pay a premium.

Farmers' desire to move their crop outside of traditional commercial markets comes as California wheat acreage has dwindled in recent years, due to lower prices and competing crops. Despite growing demand for local wheat, whole grains and heirloom varieties, farmers say they've been hindered by a lack of infrastructure in the state to help them market their wheat efficiently and economically to buyers and specialty millers who may want only small quantities or hard-to-find varieties.

"We do have, thankfully, some people in the supply chain that want to work with farmers and want to help them," she said, but added that existing challenges "make it very complicated."

Even though California represents the largest wheat-milling state by capacity—milling more than 12.4 million pounds a day—about 90% to 95% of that wheat comes from out of state, Carter noted. Not only has California wheat acreage declined by nearly 60% in the last 10 years, but more of it is being fed to livestock, with just 20% to 30% harvested to make flour, she added. Because of its limited availability, she said, local commercial mills have "lost their interest in California wheat" as they've gotten used to buying more Kansas and North Dakota wheat, which is less expensive.

Yolo County farmer Fritz Durst, who grows wheat as one of his primary crops, said he has to haul a large portion of his grain to Oregon for milling and then bring it back to California, because "there's very limited milling facilities for small lots of grain" in the state. By doing it this way, he said he's able to preserve the identity of his grain, which earns him a premium compared to selling it as a commodity to commercial millers. Though it takes more work to market small quantities and he would much rather sell truckloads at a time, Durst said he realizes some of his crop needs "to go out in small bags so people use it, like it, talk about it."

"There's an evolution happening," Durst said. "If you're going to still be in the grain business, you have to evolve and be able to handle some of these smaller quantities, some of the more local needs for these grains."

Bob Klein, an Oakland restaurateur who founded Community Grains to acquire and market local, identity-preserved, whole-milled grains—including from Durst—said he thinks there's "absolutely more interest" in developing a local grain economy. But he acknowledged "the market hasn't really formed yet."

"It's a big, complicated thing," he said, explaining that when artisan bakers or pasta makers want to buy wheat from a local farmer, they're buying perhaps a few hundred pounds at a time, but they need to be buying thousands of pounds or more, "and you're priced against commodity wheat, which is quite low."

With the decline of wheat production in California, Klein said, "anybody with ahead on their shoulders of any kind has to say, 'We better figure something else out.'" He said Carter at the Wheat Commission "understands this."

Dan Mezger, a partner in Woodland-based Farmers Grain Elevator, said it may take a year or two for the website "to establish a solid base of some solid projects." As a handler and marketer, he said he's using it to see what people want, so he could perhaps help consolidate projects to make them more economically viable. Farmers Grain, for example, "won't deal with anything less than a truckload," he said, because "the price tag would just be huge."

"The effort is to develop a market that obviously pays more to growers than common grain prices, but also brings down the cost for some of the end users," he said. "You can't really grow an expensive market. There might be demand, a customer might like it, but there's only going to be so many people that can afford a $9 loaf of bread."

Unattractive wheat prices kept Yolo County farmer Bill Cruickshank from planting the crop the last two years, but he said he will try growing some heirloom varieties this year. He acknowledged he would not be "messing around in the artisan market" if global wheat prices were at levels of seven or eight years ago.

"We're seeing this artisan market, that there's an appetite there," Cruickshank said, adding bakers and shoppers "want to know what the story is behind" their grain, where it's coming from and what its lineage is. The challenge, he said, is making sure there is consistent inventory in the state to grow this market.

Carter said she thinks cottage bakers—those who operate from home kitchens and sell their products directly to customers—will play a key role in growing the specialty grain market. These bakers number in the thousands, she noted, and they are "driving this market much more than your local bakeries," which are more price sensitive.

Larry Hunn, who grows wheat as a rotational crop in Yolo County, said he has sold small amounts of his grain to artisan bakers who were operating out of their garage and selling bread to local stores. Though he made more money on the wheat he sold to them than if he had sold it to commercial mills, he said" my time is valuable, and trying to segregate some wheat for somebody is just not easy."

He said he applauds the commission's efforts to try to transition farmers away from global grain markets, which are not profitable, but "until there is critical mass," most of his grain will still go to a broker who can handle it in a timely and efficient manner.

"If they can come to me and say, 'I want 200 tons a week,' then that's more economical for me to move rather than a ton, especially when we're harvesting100 tons a day," Hunn said. "I've got to go somewhere with it; I can't pile it up."

(Ching Lee is an assistant editor of Ag Alert. She may be contacted at clee@cfbf.com.)

Permission for use is granted, however, credit must be made to the California Farm Bureau Federation when reprinting this item.